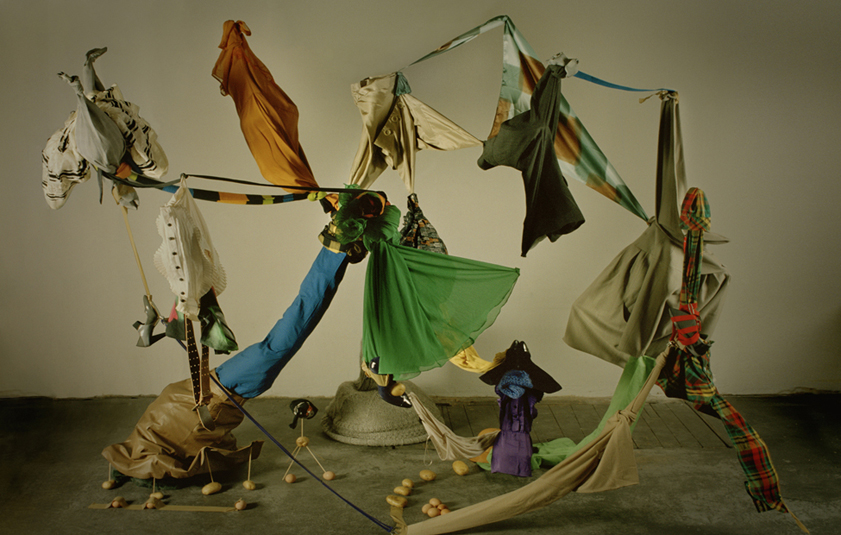 This month's L & R brings together two artists who are both working in Tallinn this month - Rachel de Joode, who has a current exhibition at Tallinna Linnagalerii, and Kimberley Bianca who is resident at Culture Factory Polymer.

Rachel de Joode, born in 1979 in Amersfoort (NL), studied time-based Arts at the Gerrit Rietveld Academie Amsterdam. She currently lives and works in Berlin. She has received a stipendium from the Dutch Foundation for Visual Arts, Design and Architecture and won the 3rd Prize at the 90 Years of Bauhaus Award of the German publisher G+J. Among others, she has exhibited at the W139 in Amsterdam, at CEAC in Xiamen (China), at HBC Gallery in Berlin, at the Herzliya Biennial (Israel), at Giant Bowl in Oslo, at Yautepec Gallery in Mexico City. She has been published in numerous international art and fashion publications, among others several books by Gestalten Verlag, Picnic Magazine, Vorn Magazine, NY Arts Magazine, It's Nice That, VVORK. Recently, she was featured in an extensive portrait on Arte Creative.

Kimberley Bianca was born in Malta on May 11th 1989 of Bavarian descent, and grew up in Phuket, Thailand for 6 years before travelling the world settling in Australia. Kimberley Bianca's practice is deeply expressive and process driven, integrating poetry, performance, visual art, sound and digital media. Working across these areas, she often collaborates on projects for theatre, film, live music, and community events. Kimberley focuses on the future, metaphysical concepts and values of culture. An experimental approach to technical artistic practice enables her to create diverse intermedia works. From July to October, her residency and fellowship at Polymer Culture Factory will be extending these practices with internet streaming and collaboration.