Ola Ståhl and Neil Chapman are both artists, researchers and writers interested in text-based artistic practice and in exploring intermedial interfaces between sound, text, visuality and performance. They often work collaboratively, sometimes with one another, at other times with other artists and writers. CLOSE READING is an afternoon session featuring the informal presentation and discussion of some of their individual as well as collaborative work. The collection of texts presented, including both published pieces and work-in-progress, explores the various parameters of intermediality and text-based artistic practice by implementing different strategies and methods which will be explored in discussions following the readings.

Ola Ståhl is a writer and sound- and performance artist based in Malmö, Skåne (Sweden). He also runs the chapbook imprint In Edit Mode Press.  With a background in Art History and Cultural Studies, and an MA and a PhD from The University of Leeds, he used to teach on the Fine Art program at Central Saint Martins College of Art and Design in London, UK. Concurrently, he ran the "free school" project C.CRED / Collective CREative Dissent, operating as a platform for various collaborative art-as-research projects across Europe and the USA.  Since the demise of C.CRED, he has been involved in several text and sound-based project, most of which are collaborations with other artists and writers. He is particularly interested in text based artistic practices; practices engaging interfaces between sound and text; practices re-using and re-cycling found materials; performative text- and sound practices (practices that "perform" rather than "argue" a theoretical position); performance practices drawing upon the experimental rendition of text- and sound material; and collaborative practices, particularly those that cross between media and disciplines.

During his residency at Ptarmigan Helsinki, Ståhl has performed recent work-in-progress live at several occasions. Work presented include RANT, a reworking of Samuel Beckett's novel Molloy ;  FILM (with Cassandra Troyan), a series of edits of a found auto-biographical manuscript ;  and Whatever Happened to Kurt Steiner? (with Neil Chapman), a text- and sound performance loosely engaging with concepts extracted from the work of Gilles Deleuze and Félix Guattari. 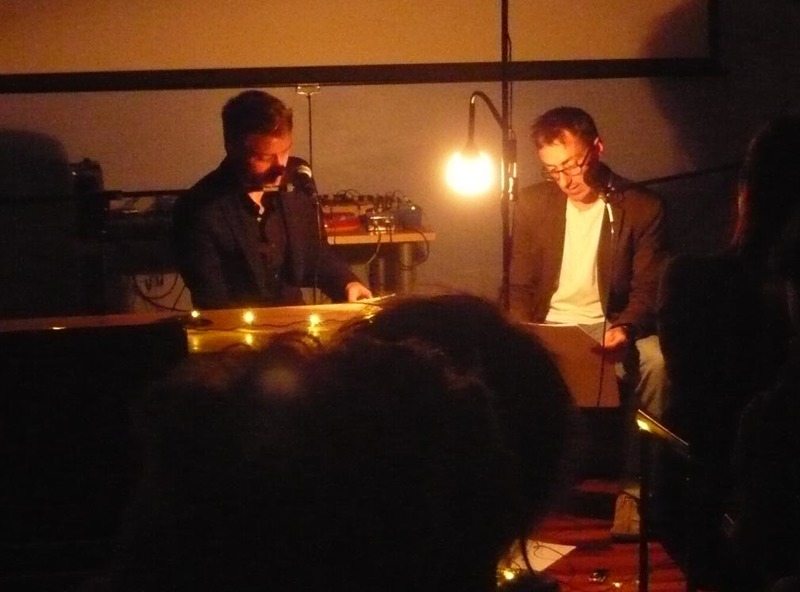