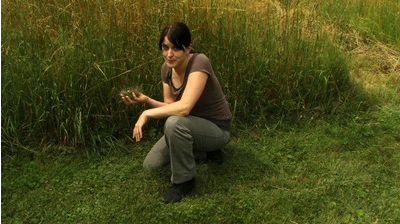 facebook
Novembri L&R: Oma loomingut tutvustavad multikunstnik Lori Felker Chicagost ning Soomes resideeruv Kanada installatsioonikunstnik Scott Andrew Elliott. Nagu ikka, saab esmaspäevaõhtust mõnusat salongi ja letialust värskendust, muusikapalu serveerib DJ Adam Strohm (USA).    *
Lori Felker
Lori Felker is a film/videomaker, programmer, projectionist, performer and collaborator based in Chicago.  Her work employs multiple formats, styles, and structures, all attempting to make sense of the simultaneous simplicity and chaos of human behavior.   She is enamored with awkwardness, ineloquence, frustration, searching, trying and falling.  Lori is currently faculty and staff at the School of the Art Institute of Chicago (MFA 2007) and the Festival Coordinator for the Chicago Underground Film Festival.  Her work has screened at festivals such as the Rotterdam International Film Festival; NYFF: Views from the Avant-Garde; VideoEx, Zurich; Festival du Nouveau Cinema, Montreal; and Curtas Vila do Conde Film Festival, Portugal. www.felkercommalori.com
Scott Andrew Elliott Scott Andrew Elliott is a Canadian artist and teacher in the Environmental Art department of the Aalto University School of Art and Design.  His work is focused primarily on environmental installations in the form of large site specific architectural works. Each work demands active participation from visitors.  The projects examine the relationship between person and architectural environment.  Elliott has presented his work in Canada, Finland, and France.  He is currently at Ptarmigan Tallinn to conduct the Workshop in Architecture and Vitality with Pia Ednie-Brown and Jondi Keane.