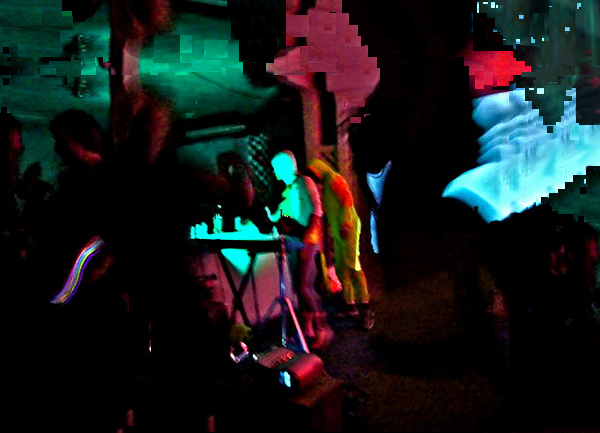 This program of contemporary cartoons from North America celebrates the wilderness of imagination through motion pictures, projected through an inflatable backdrop of glowing crystals. The touring program will provide a rare opportunity to see videos by emerging artists as well as Internationally known artists whose collective resume includes collaborations with Frank Zappa and major exhibitions at the Whitney Biennial, the MOMA in New York, the Sundance Film Festival, and many other institutions across the world. In addition, Hooliganship will be doing a live performance of their newest cartoon theater.

Avarus
Avarus is a Finnish free music group since 2001. Through the years it has changed from a very loose collective to a band. Avarus sound varies from careful microtonal textures to relentless space rock jams dosed with humor and playfulness.

Schmelfhelp
An audio visual journey with monsters, playable costumes and a little magic...