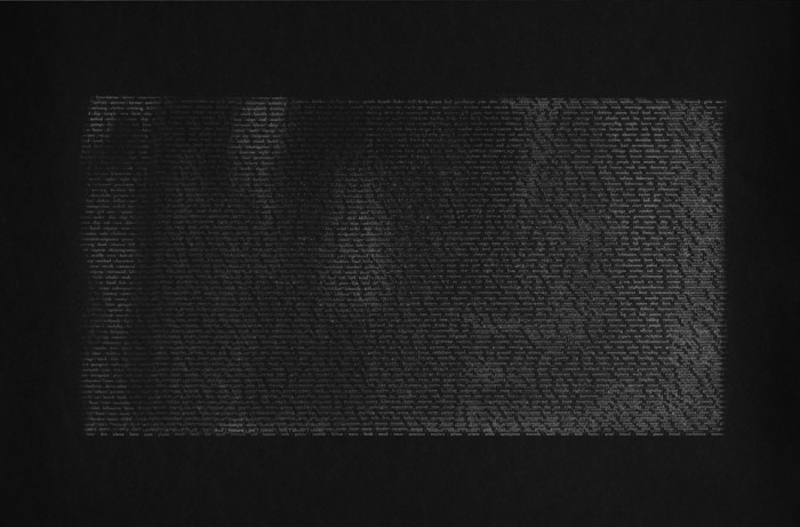 Join us this Saturday for a collaboration presentation by  Ola Ståhl & Cassandra Troyan:

The project F I L M dates back to 2008, when Ola Ståhl was unexpectedly given the handwritten manuscript of the unpublished memoirs of his great granduncle, a person about whom he knew virtually nothing. Having previously worked extensively with the restaging and reworking of found sound and text, Ståhl began reworking this found manuscript, seeking to engage and amplify its peculiarities not simply or primarily in terms of its content, but also in terms of the style of the writing, its poverty and its affected, stuttered, polylingual quality.

Considering the manuscript less a genealogical document than the index of a series of significant geo- and sociopolitical shifts, these reworkings were intended to explore the ways in which particular forms of writing articulate subjective political experiences; how, for instance, the experience of migration creates a polylingual site where language becomes uncertain, subject to continuous displacement, or how the lack of conventional literary tropes articulates and negotiates positions within shifting class structures. The overall project F I L M comprises several series of such rewriting exercises, utilizing different methods, interweaving the manuscript with fragments of text from a wide array of discourses around such disparate but interlinked topics as autobiography, medicine, film theory, optics, camera and film mechanics, class structure, economics and migration. The version to be presented in Helsinki makes use of a process by which the text is translated very quickly between Swedish and English, in such a fashion that traces of many of the loops and repetitions you go through as a translator, trying to find suitable equivalents between languages, are kept in the text, generating a rambling, incessantly looping, repetitive voice which never ceases to assert itself despite its own stuttered absurdity.

Cassandra Troyan is an artist and writer based in Chicago, IL. She works as a Curatorial Assistant with Bureau for Open Culture, collaborates with the collective Red76, and Genevieve White, Zefrey Throwell, Ola Ståhl, among others. She has exhibited, performed or screened her work internationally at the Athens International Film Festival, Athens, OH; Headlands Center for the Arts, Sausalito, CA; FASAD Gallery in Malmö, Sweden; Modern Art Oxford, UK; Moving Frames Festival in Mylitene, Greece; Edinburgh Fringe Festival, Edinburgh, Scotland; Open Engagement in Portland, Oregon; MASS MoCA, North Adams, MA and various Chicago venues including Roxaboxen Exhibitions, Heaven Gallery, and threewalls. She is currently working towards a postgraduate degree in Visual Arts at The University of Chicago, IL.

*Ola Ståhl is currently artist in residency at Ptarmigan*