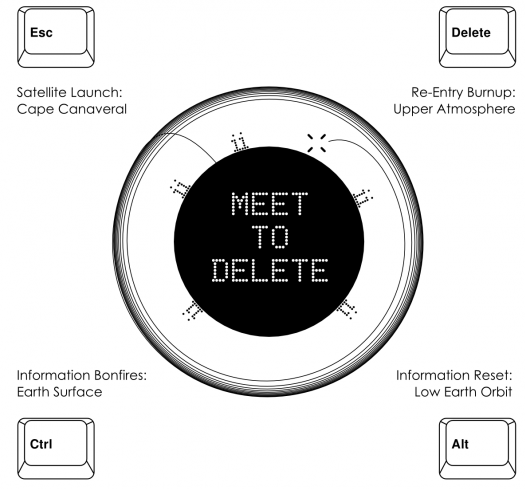 You are invited to Kalamaja beach on the evening of Sunday, 4 May to take part in The Weight of Information by Julian Priest.

Meet to Delete is a series of parallel events happening around the world in conjunction with The Weight of Information. At Kalarand we will sit around a fire and enjoy conversation, food and drink while collectively deleting information. Bring something to eat and drink and some information to destroy: hard drives, USB keys, bank statements, books, SMS messages, phone contacts.

About The Weight of Information:
​On the 19th of April, a pico-satellite was launched into Low Earth Orbit from Cape Canaveral on CRS-3 as part of the Kicksat programme. From there it will begin to descend in a slow spiral trajectory before burning up on re-entry about 3 weeks later.

As it orbits the earth the Satellite collects information from it’s on- board sensors filling its memory banks with data. When its memory is full, it resets its registers to zero and starts collecting again, repeating this process thousands of times a second. The satellite counts how much information it has deleted and transmits the measurement to Earth by radio where it is collected and displayed on the web.

The satellite believes that information has weight, and it is trying to escape its inevitable burn-up by deleting information, becoming lighter and ascending to a higher orbit by forgetting.

Meet to Delete
You are invited to Meet to Delete in solidarity with the satellite. Come together around a bonfire for a bucolic evening on the beach, to delete information. Bring food, drink, friends and some personal information to delete around the fire. Burn old bank statements, remove old contacts from your phone, clean out your spam folder, put out of focus photos in the trash, clear out your media libraries. Delete something, remove the cruft, take control of your information, and feel a little lighter.

Sitting around a fire is emblematic of a kind of archetypal perfect sociality from the past – the kind of sociality that the net culture has always harked back to. The fire is a symbol of the romantic ideals of the counter culture and the back to the land movement that were embraced and extended by net culture – the idea was that the network would create a perfectly fluid social space where we could form communities. In the piece this is contrasted with the Weight of Information, the current reality of the information out of our control in the network, our information used and abused by many other actors in society for commercial and political ends.

I am hoping that the process of deleting information in a bucolic setting will represent a re-taking control of information for individuals. I’m not aiming for anti-informatic luditeism – we shouldn’t turn back the clock, especially not such a useful one, but more of a thoughtful assertion of information sovereignty and a feeling that we might be part of a wider community with the same aims. The mood should not be apocalyptic like the bonfire at the end of a dance party, and there is no burning books connotation or idea of re-writing history or refusing or destroying the infosphere. Instead it is about asserting control over our information rather than being controlled by it.

Please remember to delete more information than you create! 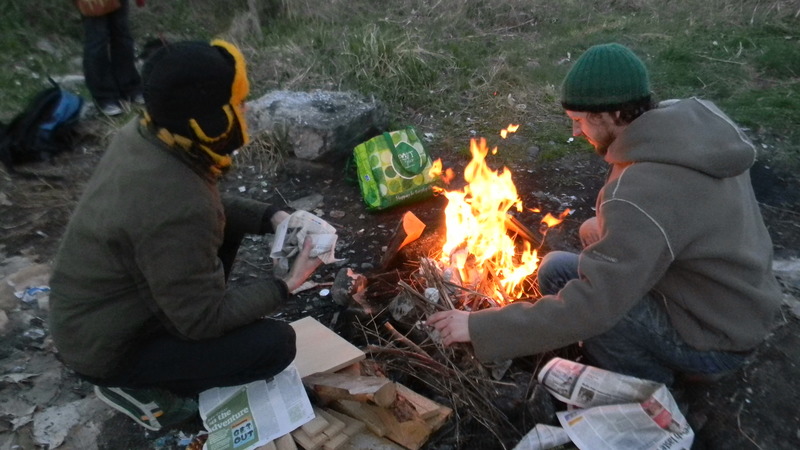