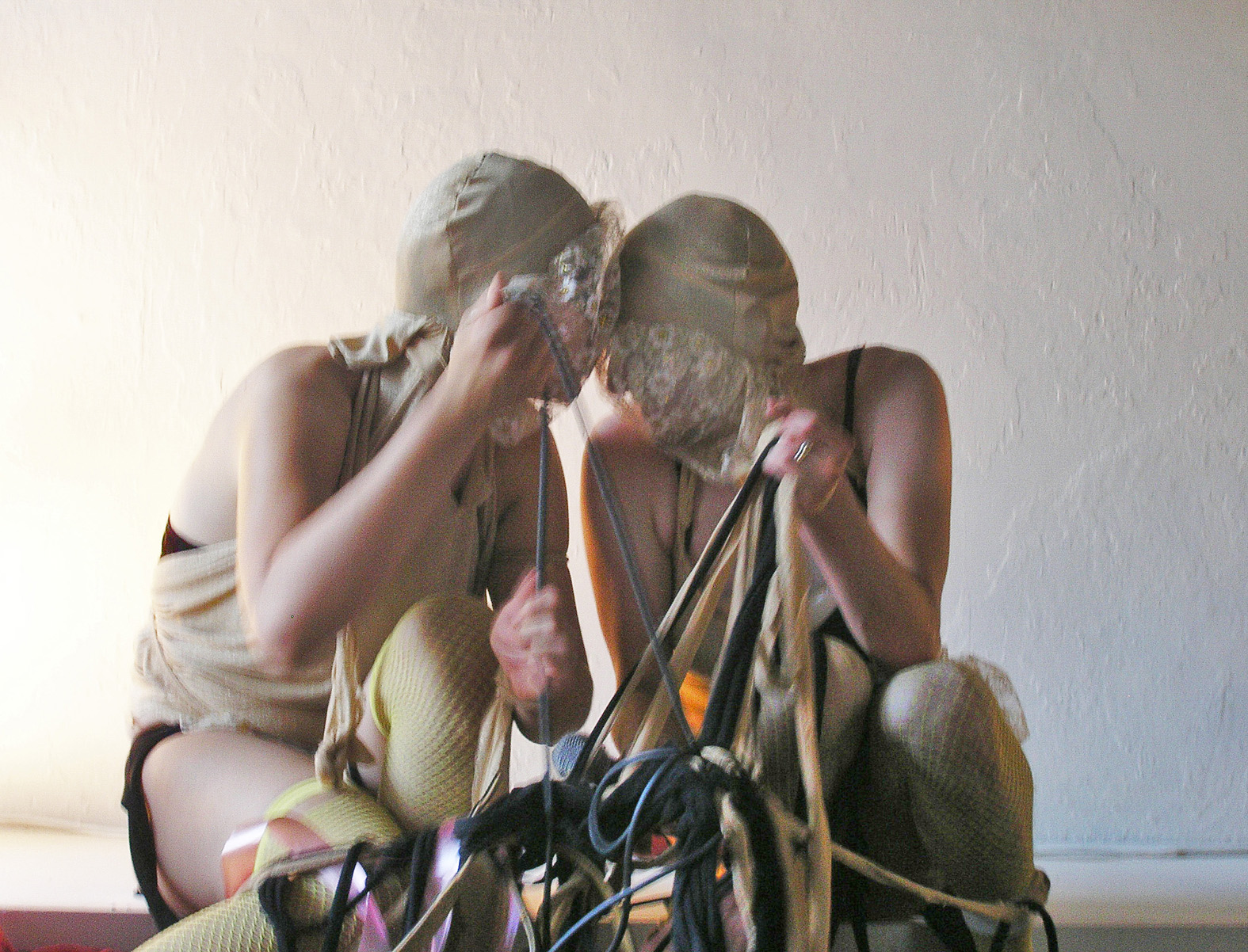 In a performance that will begin at Tallinn airport and last three days, two individuals will become physically connected with the use of sound, fabric and the materiality of bodies. Together they will travel between Tallinn and Helsinki exploring their connectedness to each other. At the height of this short term connectedness these two individuals will present themselves at a public event that you are invited to.

screwsLoose first connected in Sydney 2008. In early 2012 they renamed themselves 2screwsLoose. Check out: http://2screwsloose.tumblr.com/ The last time they performed - live in flesh - together was January 2009.

The public performance at Ptarmigan will begin at 20:00 in Vabaduse Väljak/Freedom Square. The performance will travel, with audience, to Ptarmigan (Toom-Kooli 13) for it's completion, which will be followed by a live musical concert by Motobor, aka Toomas Savi of Hobilabor/Savidivas.