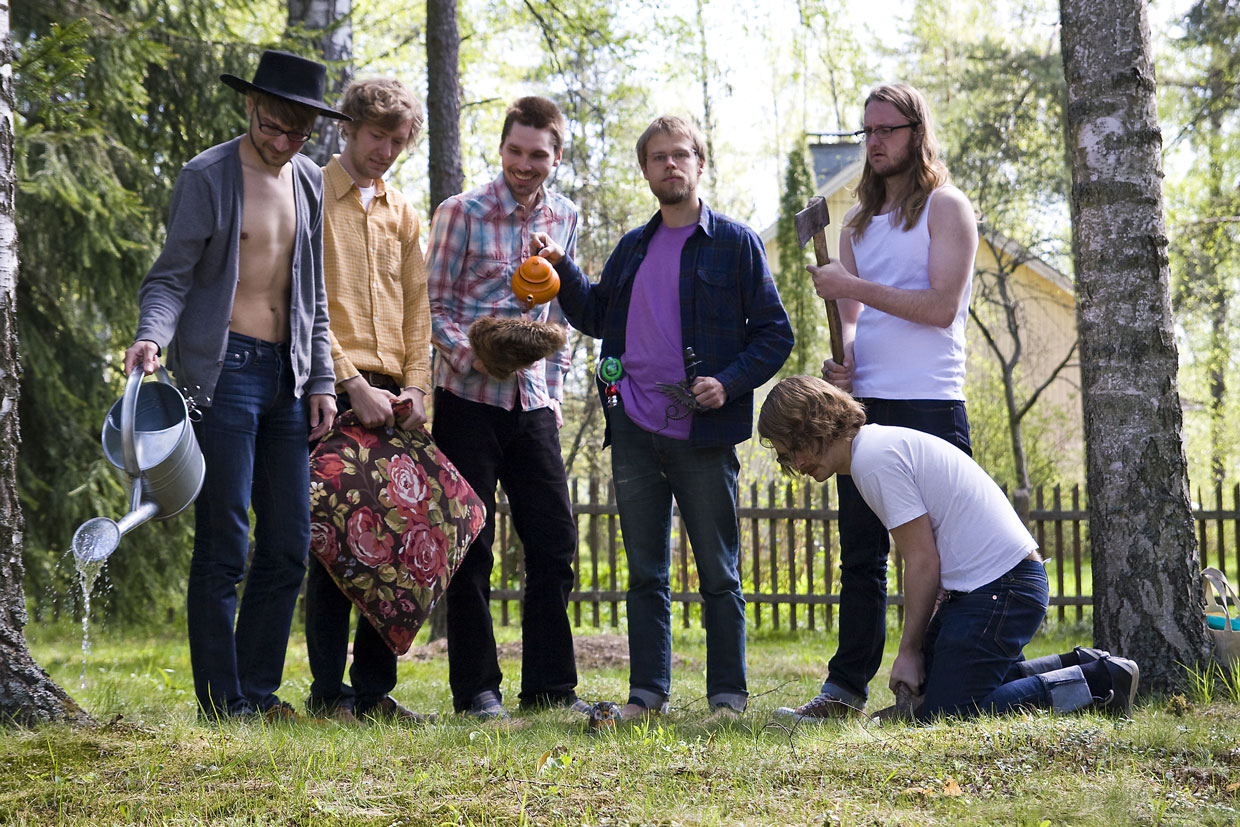 Kiila
Kiila was founded by Niko-Matti Ahti and Sami Sänpäkkilä in 1993 in Ulvila, Finland. The band first worked as a duo and played their first show in Pori, a city near by, in 1995. Since that Kiila has shifted through many phases, played a lot of music, seen many events and people. The composition of the group has always varied quite effortlessly according to the needs of the band and the people in it. After the release of Tuota tuota Kiila will be playing shows as a six-piece group and rehearsing new songs in a basement of a cathedral and house on a hill. The future looks merry, like a dance or a menuet. (http://www.kiila.com)

Rank Ensemble
Rank is a Helsinki-based ensemble devoted to new music and free improvisation. More specifically, their activities focus on improvisation, as well as works from the contemporary music repertoire which include elements of improvisation, or otherwise expanded roles for the performers. Boasting a unique instrumental line-up, and four members from five countries, bringing with them a range of backgrounds, Rank ignores barriers, and offers a fresh perspective on the new music scene. (http://www.myspace.com/rankensemble)

Sari TM Kivinen
In her performances Kivinen attempts to isolate behaviour, which is subsequently regurgitated through performative actions. Her interest is to locate gaps within her own identity, to explore learnt and mimicked behaviour and to negotiate levels of uncertainty, failure and success. Performances occur in a variety of forms such as durational action based performances, dramatic role-plays, and social investigations. For her performance at Ptarmigan Kivinen will merge predetermined actions with sensory responses to the specific site and audience. . (http://www.sari.net.au)