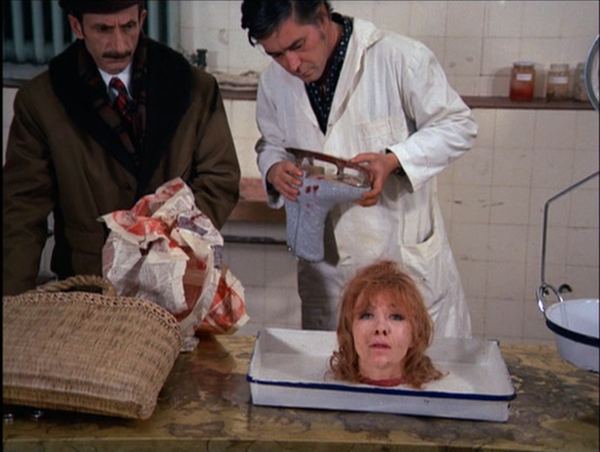 Ptarmigan's Liminal Images series, in conjunction with the ongoing Workshop in Architecture and Vitality, will be screening Dusan Makavajev's 1971 classic, WR: Mysteries of the Organism.

This feature-length film is described by Amos Vogel in Film as a Subversive Art as:

... Beneath the film's light-hearted frivolity and marvellous humour lurks a more serious ideological intent: opposition to all oppressive social systems, East or West, the removal of prurience from sex and a final squaring of accounts by the new radicals with the now reactionary Russian regime ... Makavejev is quite accurate in describing his film as 'a black comedy, a political circus, a fantasy on the fascism and communism of human bodies, the political life of human genitals, a proclamation of the pornographic essence of any system of authority and power over others.'  ... The film is also a tribute to the ultimate power of ideas over institutions.