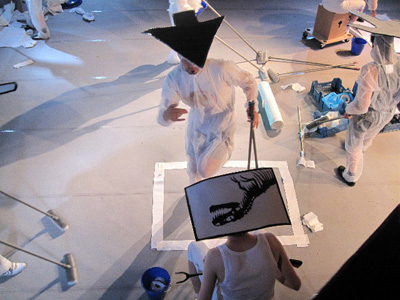 Catriona Shaw studied painting and sculpture at Edinburgh College of Art and the Munich Academy of Fine Arts. In 1999 she began to organise and collaborate in various music and performance projects, co-founding 'Club le Bomb', a participatory platform for art and music. She has been performing solo as Miss le Bomb since 2004. Catriona Shaw has exhibited and performed internationally and has initiated participatory art and performance projects in a variety of locations, including Finland, Germany and the UK, the most recent being 'Doing the Gooey' in Berlin and Glasgow. www.misslebomb.net, www.gooey.de