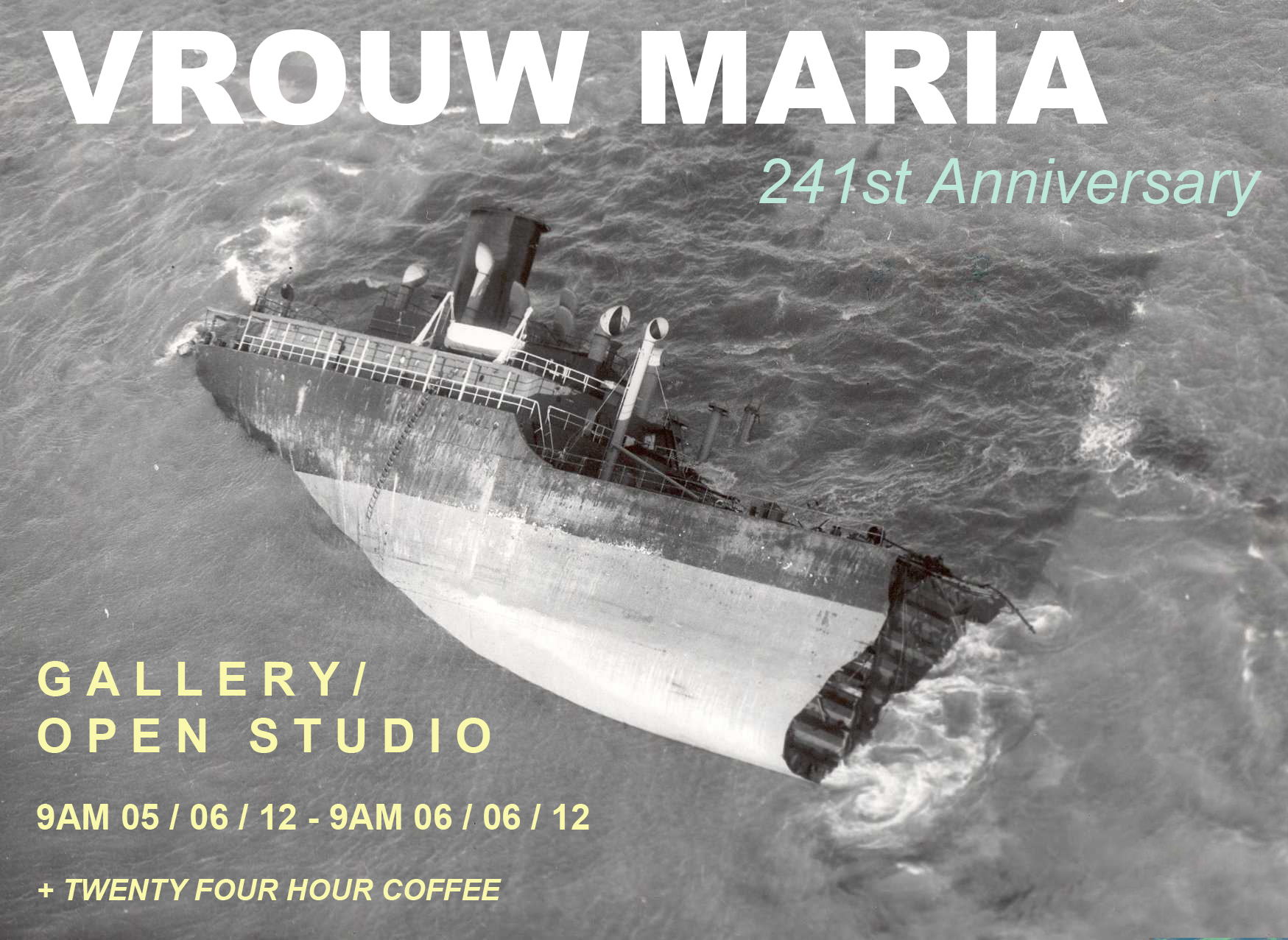 The Vrouw Maria was a merchant ship which sank 241 years ago in the outer archipelago of the municipality of Nagu, Finland. Amongst the ship's cargo - which also included coffee beans, sugar, fabric and dyes - were an estimated twenty one artworks, belonging to Catherine the Great. To commemorate the 241st anniversary of the sinking of the Vrouw Maria, Hannah Harkes will recreate these twenty one artworks during her 24 hour takeover of the shipping container, using only the titles of the works as starting points. The space will function as an open studio and gallery from 9am to 9am, inviting the public to influence the content of the recreated works and to view their progression. Willing passersby may also play the muse, and model for studies of the various characters and scenes present in the works. Costume and props will be provided. Coffee will be served throughout the 24 hour period, in fearful reverence of the coffee beans that clogged the ship's pump and brought about its demise on that fateful day in 1771 - and to aid in the continued, restless art making.


Hannah Harkes, b.1989, graduated in 2011 with a BA Hons in Fine Art Printmaking from Gray's School of Art, Scotland. Awarded the Polymer Culture Factory AIR Fellowship, she spent 6 months living in Tallinn, Estonia, where she exhibited new work at the Polymer Kultuuritehas Festival and at Global Container XIX. Whilst in Tallinn, she also collaborated with Hardcore Metaphor on a theatrical breakfast event and had her first solo show, A Series of Drawings Relating to the Restoration Process, at Tiib Gallery. She returned to Britain to exhibit in London for the launch of The Catlin Guide 2012, in which she was selected as one of 40 'promising new UK graduates'. Also selected for RSA New Contemporaries 2012, she created new work daily onsite at the Royal Scottish Academy, Edinburgh, functioning as a performative/interactive element of her drawing based installation, Fragments of an Arbitrary Dictionary of the Practical English Language. Her work is included in New Prints Summer/2012, showing from the 24th of May 2012 at the International Print Centre New York.