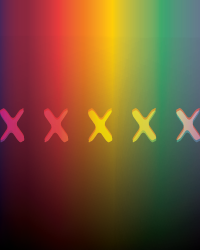 CONTAINER (Nashville, Tennessee)
Inspired by the discovery of 90’s minimal techno, Ren Schofield began his Container project in the early months of 2009, applying compositional techniques and musical approaches learned through his background of noise, drone, and cassette collage music to the genre of techno, without combining any of the two. Backdrops of simplistic beats evolve patiently over time giving a distinct focus to each sound introduced and each pattern created, snowballing together with occasional vocal cassette manipulations into what has been described as ‘outsider techno’ .
http://www.ijustlivehere.org/container
http://soundcloud.com/gentledefect

MOEMLIEN (Amsterdam, Netherlands)
The solo project of Hannah Friese. She is exploring the many sides of the cassette tape as a medium for capturing and manipulation of sounds. Field recordings and melodic sequences are layered into uplifting sonic spheres of the extraterrestrial kind, with a warm and open feel to them. In her adventures she uses electronics, toy keyboards, violoncello, various acoustic objects & instruments and voice.
http://youtu.be/HZyAd9eNynA