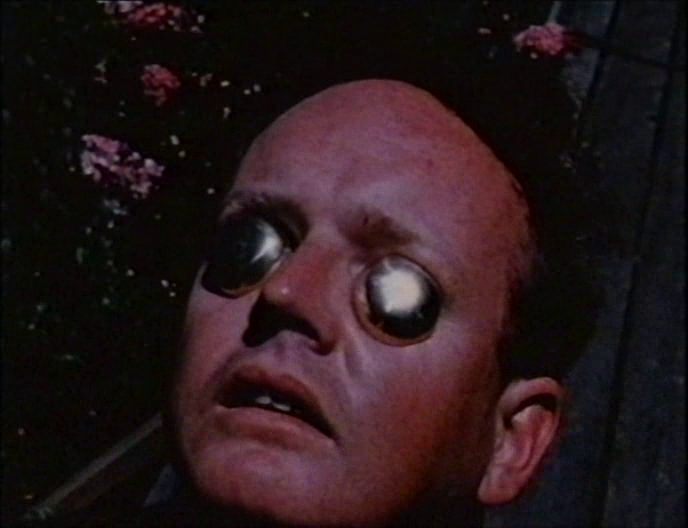 November's Liminal Images programme examines the filmmaker as alchemist. Each film tonight in some way constructs, transforms, and mutates through the medium of film-image. Whether literally dealing with alchemy or creating trance-like visions through psychedelic assemblage, these films, all American and made in the 1950s and 1960s, are works of a lost hermeticism.

'The Man Who Invented Gold focuses on a modern-day alchemist whose zombielike neighbors think of him as "madman" while he aspires to become "goldman." Again Maclaine narrates, likening the quest to create gold to a quest for the "world of light".' -- KG

'Anger was inspired to make the film after attending a Halloween party called "Come as your Madness." ... The film reflects Anger's deep interest in Thelema, the philosophy of Aleister Crowley and his followers, as indicated by Cameron's role as "The Scarlet Woman" (an honorific Crowley bestowed on certain of his important magical partners).' - Wikipedia

“I hoped that somehow the film could actually provide a taste of what the real experience of samadhi might be like. It is primarily an abstract cinematic work of art inspired by Yoga and Buddhism. Not a description or explanation of Samadhi." --Jordan Belson

"A magical voyage into the subconscious in search of 'the lost continent' of first human memories." -- Amos Vogel, Film As A Subversive Art

"Four thousand frames of film, featuring one hundred basic images in breath-takingly rapid sequence produce a single kinetic impression. As in Vertov's experiments, two different images immediately following one another on consecutive frames create superimpositions that do not exist in reality." -- Amos Vogel, Film As A Subversive Art

"I must say this is the most chemically abused piece of cinema I’ve ever seen – I actually feel under the influence now, I don’t know if I’m safe to walk home. It’s so narcotic that I’m surprised it’s legal to buy over the counter… all this and it was made in 1968 – one year before Woodstock? Well I’m surprised, I was sure people were still locking up their daughters back then, not injecting them with Opium and feeding them sheets of acid." -- KG