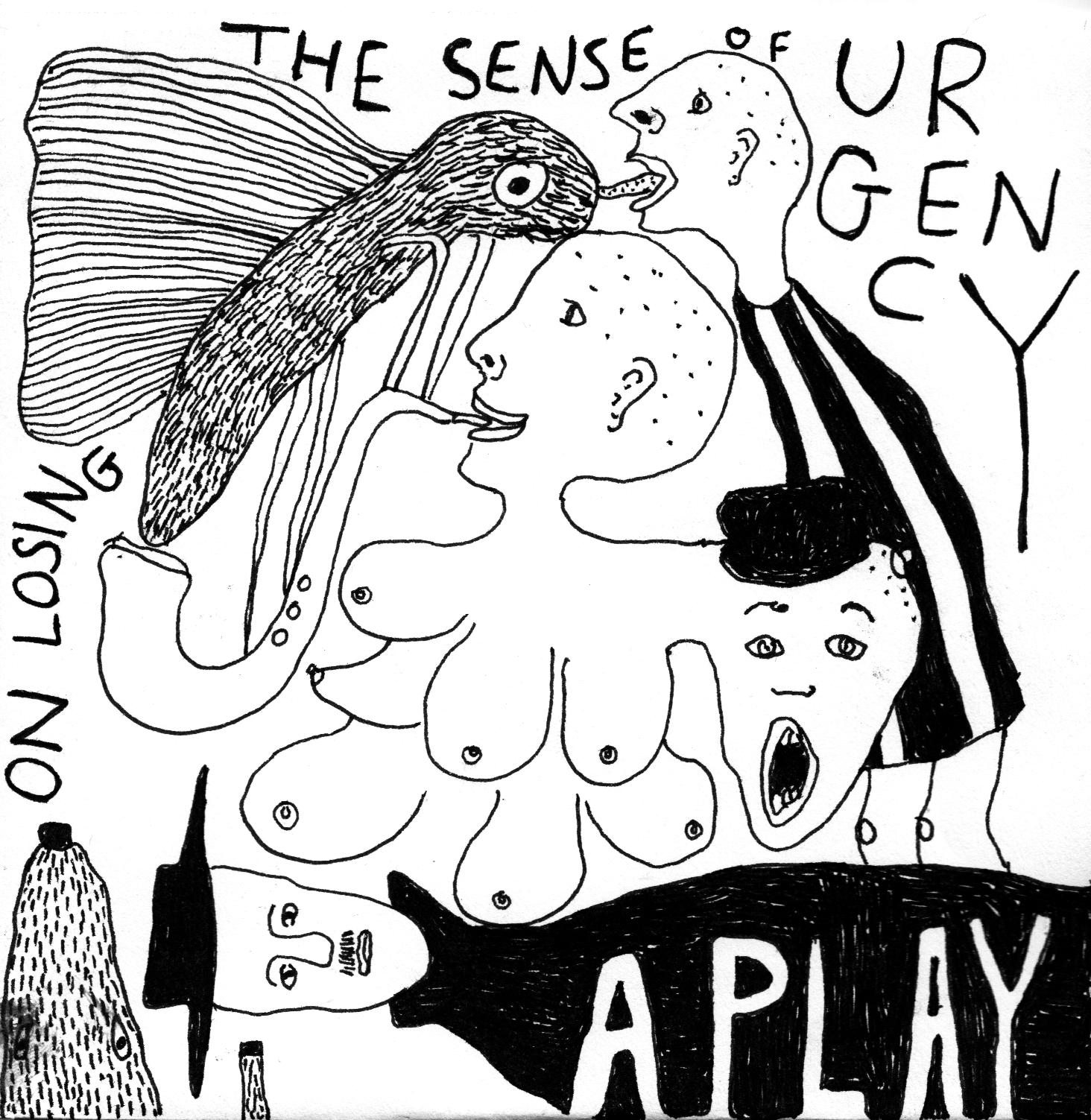 Come join us for the first public listening of Hannah Harkes’s audio play On Losing The Sense Of Urgency (A PLAY) over a delightful continental breakfast .

‘On Losing The Sense Of Urgency (A PLAY)’ follows the savage troglodyte, Mr. George, on his annual hunt for mortal bonfire fuel. Accompanied by a mute moth with urinary incontinence, Mr. George travels far from his forest dwelling to a guarded house wherein he loses sight of his mission, seduces a playful dog cadaver and undergoes a gory dismemberment. As the mammary glands of Artemis sprout from his chest, the transformed traveller adopts the name Arta and takes to the trees, disowning the faithful moth and immersing herself in a sensual and carefree lifestyle. The moth meanwhile finds solace in the friendship and funeral parlour of Herr Hartenboden, a verbose undertaker with a compulsion for brushing his teeth. It takes a despairing trek into the forest for Herr Hartenboden’s lumberjack lover, Oh, to accidentally reunite the original companions and in doing so, condemn the various characters to awkward lovemaking, death by drowning, vocal transmogrification and the spoiling of an immaculate three piece suit. With a cameo appearance from the illustrious German superstar Hans Albers, and featuring the following processed jazz classics: Buddy, Boss Lounger, 44th Street Long, Fifth Avenue Stroll, First Snowfall, Park Bench, Perspectives, Swing City and Starlight. (54min)