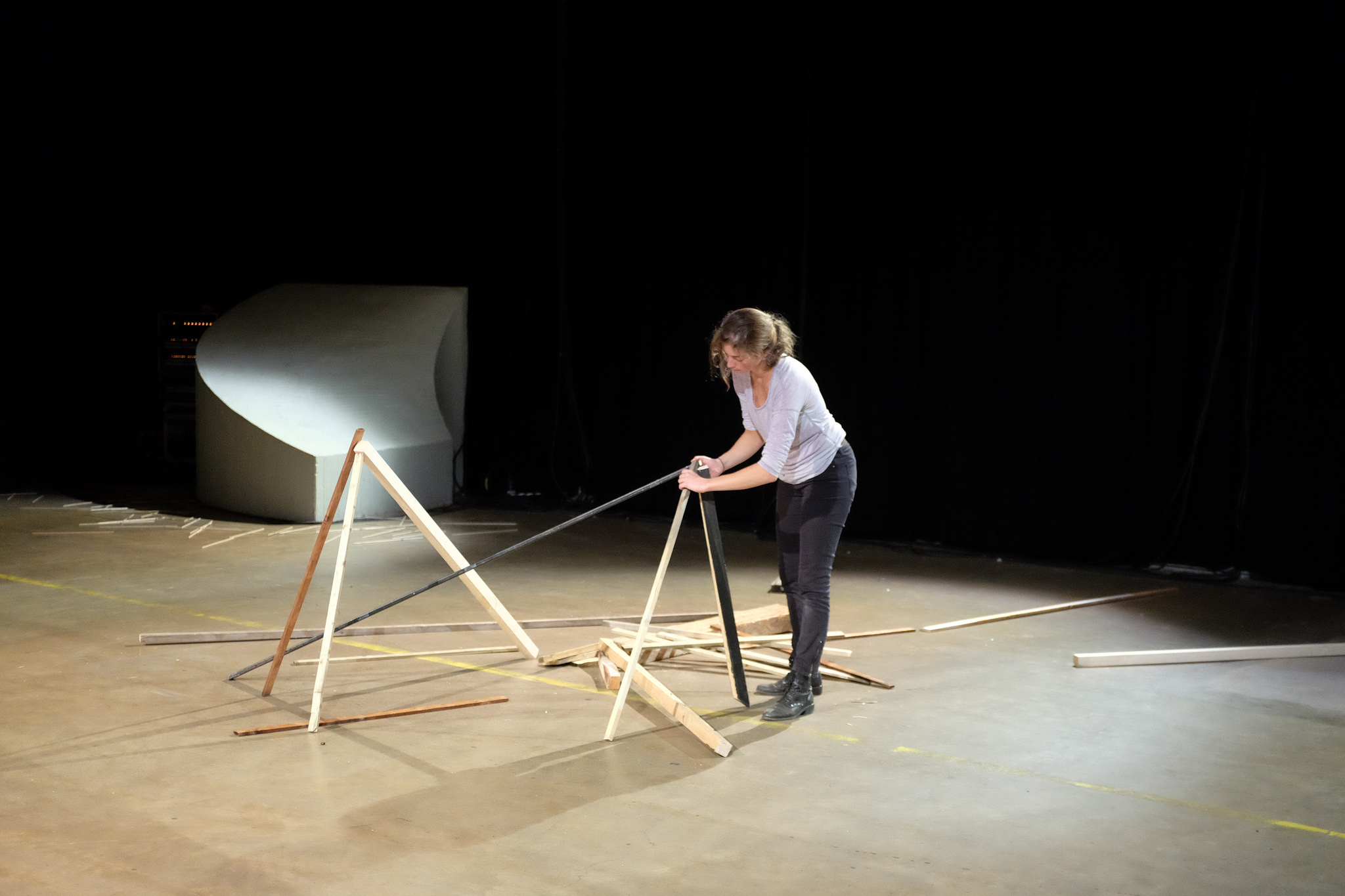 The 2015 edition of the New Performance Turku festival takes place from 28th September to 4th October. This year the festival focuses on collaboration and discussion,constructed nature, Chilean feminism, shame and bare buttocks, dialogues with science, night clubs and the sounds of decay. New Performance Turku will also bring its spin-off programme to the Mad House festival on the 6th and 7th October which presents a selection of exciting, international artists from this year’s programme.

French & Mottershead is UK artist duo Rebecca French and Andrew Mottershead. The duo makes situations in which people can think again about who they are, their ties to place, and one another. They use art as a site of experience, by engaging mind and body with tangible narratives that disturb and develop the sense of self in our fast evolving environments. Working across performance, photography, film and installation they’ve shown extensively in international contexts including museums, galleries, festivals and in the public realm.

Afterlife (Woodland) is a 18 minute long audio piece, a contemporary meditation upon our relationship with death, the body, place, nature and time. It draws on visceral experiences and insights from forensic anthropology, ecology and aesthetics.
‘Woodland’ is one of a developing series of audio narratives that invite listeners to reflect on what happens to their body after death in different environments – a deciduous woodland, a climate controlled art museum, an urban waterway, a domestic space – with each narrative compressing centuries into minutes.

Anaïs Héraud (b. 1988) is a performer and visual artist based in Berlin. She is working solo and in collaboration with other performance artists, dancers and musicians developing her practice around Europe.

Ritournelleis at first a musical concept close to the idea of refrain. It refers to a repetitive phrase that grows gradually, resulting in new dimensions. Ritournelles are often found in children’s songs, advertisements or political slogans in demonstrations, among others. Its principles avoid traditional storytelling and emphasize on action. Anaïs Heraud will adapt the concept of ritournelle to compose a solo performance investigating the specific dimension of voice and orality in the building of live images.

Joshua Sofaer (b. 1972 England) is an artist who is centrally concerned with modes of collaboration and participation. For Scavengers (Tate Modern, London; SFMOMA, San Francisco) the public raced around the city answering clues and forming a new gallery exhibition. The Rubbish Collection for Science Museum, London, was a giant archive of the museum’s waste. In 2014 he directed a new staged version of Bach’s St Matthew Passion for Folkoperan in Stockholm. In Summer 2015 he conceived and directed Border Force an immersive nightclub, for Duckie.

First presented in Turku in 2000, this performance lecture examines the causes and effects of embarrassment. In Embarrasment:  A bare buttocked lecture the lecturer, Joshua Sofaer sets it as his aim to become embarrassed, live in front of the audience. The theory – a theory, ironically, the performer hopes to disprove – is that because he has set it as his goal, because he articulated that aim – as he must do if he intends to communicate to an audience –  then it becomes impossible to achieve.